A better use of car scrappage cash?

Are you planning to replace your car at all in the near future? How are you budgeting for this?

If, like many, you currently drive a Diesel car, then there has been talk about a scrappage scheme, or “cash for your old banger”, for some time which might make a big difference to your choices. At the moment there is a bit if a patchwork of schemes available that will depend on what your drive and where you live, but they could be worth considering if you want to offset some of the upgrade costs.

You can also already get a financial incentive if you are buying an Electric car, something to help to contribute to the decarbonisation of the UK economy.

But what if there was another alternative?

I was excited to read this post recently, where drivers in Lithuania were not only being incentivised to take old and polluting cars off the road, but also moving people away from cars - which is good for the environment and also potentially a big saving for individuals (as well as contributing to personal health): 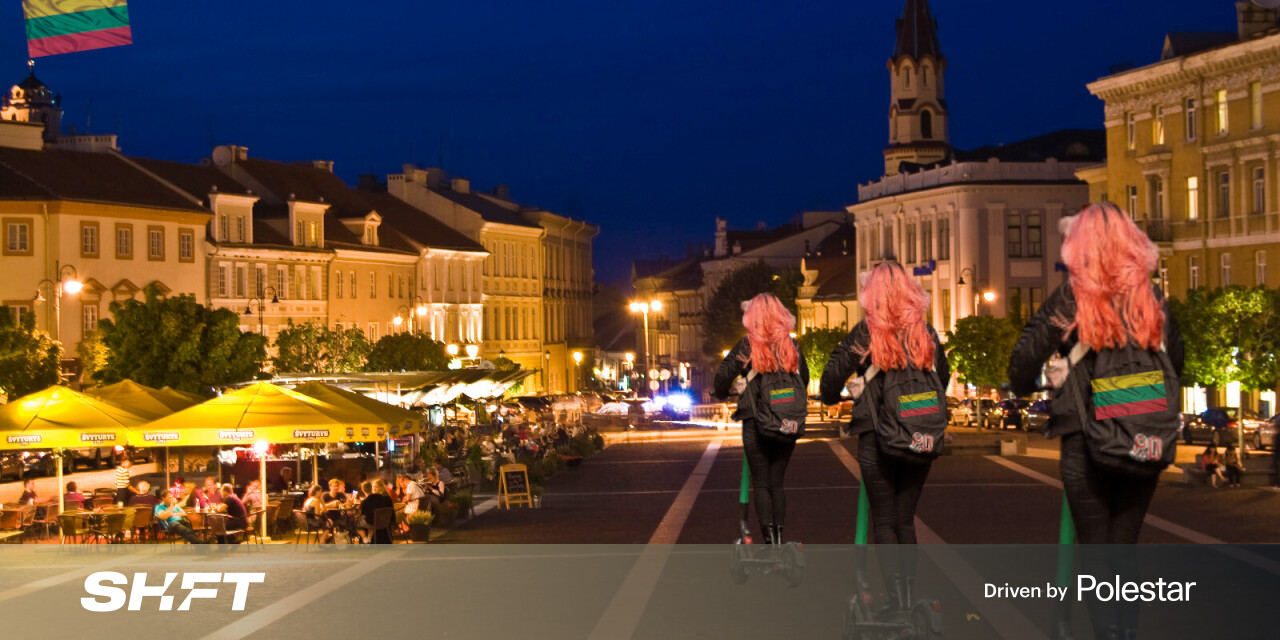 Lithuania is paying people to trade in polluting cars for escooters — and...

The Lithuania government's cash-for-clunkers scheme is proving popular. It's getting people out of their old cars and on to esccoters and ebikes.

What do you think? Would you be more willing to consider moving to cycling if you could trade your old car for an e-bike or e-scooter instead?

If your car is absolute garbage, I can see the appeal. I do wonder how many people are taking the incentive, then just buying another car.

For many years, I just hired cars when I needed them, which was a faff sometimes, but cheap. I could see situations where an electric moped plus car hire would be very cost-effective.

Round me though, it would be storage and charging that are difficult. It’s insane that it’s still easier to park a car on the street than a bike, and completely impossible to charge on a terraced street. Without real reform, there’s a risk that the wealthy benefit from the transition to electric, while those less well off are left with fewer, more expensive options.

When it came to needing a car, I bought a small petrol at 30,000 miles. Looking at the depreciation, running costs, maintenance and so on, the only way it will work out to be reasonably cheap per month is to run it close to the point at which the engine comes to the end of its life.

If I sold now, I’d have had a pretty expensive car for a few years. So the incentive to trade in part way through a vehicle’s life might have to be pretty high to get mass adoption.

Ultimately though, lack of anywhere to charge and store anything electric is the biggest issue.

My 12yr car is ULEZ exempt (atm) but after crunching the numbers it simply isn’t financially viable for me to replace it. My domestic electricity is 100% renewable and I’d love to be even greener by updating to an EV but they remain unaffordable and financing schemes are unimaginative. Existing grants don’t make it any more affordable for me. But even if I could afford an EV, like @Gaoler, living in a city centre flat means charging is a major issue. My inept local council recently installed lamp post EV charge points not too far from my flat but that street also has very high levels of vehicle crime so it’s no surprise the bays remain empty.

Ditching the car and using public transport is not an option. Except for a few cities in the UK, public transport is just miserable and appalling. In my area, it’s very poor value for money. Car sharing or car pooling would suit me well but these schemes aren’t available in my location.

Compared to my experience spending lengthy periods in similar size cities in Germany or Poland, the UK has a lot of catching up to do.

When I did some digging into lamppost charging a while back, the electricity prices were horrendous compared to what I would get at home.

Now, my sister and her partner have a leaf that lives in a garage. Their electricity is very cheap. He gets free charging at work too. Even so, it’s not much cheaper to run than my petrol, because of the silly battery financing scheme and lack of pros who can handle the maintenance locally. Your average garage wouldn’t dream of looking at the electrics, let alone touching them! May not be such a big issue in cities, but head out a bit and it’s yet another problem.

I run a courier company, have 5 diesel and 2 petrol vehicles and we travel from Dorset to central London 5 days a week - currently £300 pcm to TFL for Congestion Charge!!

For business, particularly high mileage, there is no incentive other than grants of £3-8,000 depending if you buy a car or van.

There is no real incentive to swap in an economic diesel van for an efficient electric alternative, also ‘scrapping’ a perfectly good van/car doesn’t make sense.

Have you come across Arrival? Looks fantastic

We check out the new commercial van design from the UK-Based electric vehicle startup, Arrival, and analyze its future impact in the market.

Yes, looks great - I’ve seen them all, pretty much EV obsessed, 25 years of CO2 emissions, I feel I need to do something.

Yet again this a vehicle suited to the city or for ‘last mile’ deliveries.

Joking aside with Tesla, everything does point in their direction, they just have it right. 350 mile range, 250kw supercharger network in addition to the growing network (of less powerful 7, 11, 22 and 50-100kw) chargers.

Our daily London van delivers/collects a 10kg cooler box, it doesn’t need to be big.

When there’s a van that can do everything the Tesla Model 3 can do it will be a game changer. I’ll probably be retired by then!!

Efficient petrol has to be part of the mix for a while. Otherwise, you really have to offer crazy incentives, or wipe out perfectly functioning vehicles.

On the build side, batteries are a massive bottleneck, coded to specific vehicle identification numbers. On top of that, the failure rate is quite high, so manufacturers have trouble fitting the batteries into their production flows. There’s no point over-producing (because the batteries are VIN-specific), but under-production will leave you high and dry. JIT can stumble on this, which suddenly spikes costs.

Standardisation of batteries would be like manna from heaven…

We went for the Model 3 and have so far travelled 7,541 emission free miles in 5 weeks.

These are the kind of savings that should be put into the monthly bond. It’s nice to be taking some responsibility after 25yrs of diesel burning.

Arrival (and Rivian in the US) will be the ones to watch in the future of BEV commercial vehicles.

I thought you were hanging out for a van? Are you making these deliveries in a Tesla then?